*Our team was provided with a complimentary registration fee. Any opinions are 100% my own and we were not required to have as much fun as we are!

You know what happens when you are sick of doing the same old things and your family is driving you absolutely bonkers? You sign up for Big O Bocce determined to learn a new game and find a new hobby, while escaping the 4 walls of crazyville called home. 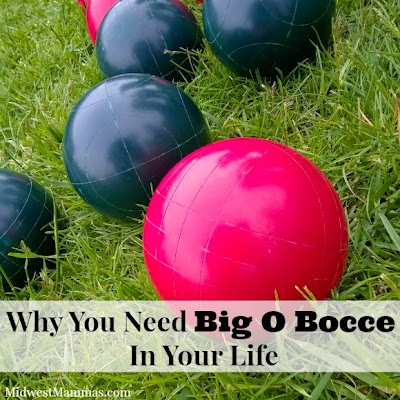 Martinis and Minivans, along with her husband, put together the Big O Bocce League three years ago. I had not heard about it until a post popped up in a Facebook Group I am in, asking if any Omaha Bloggers wanted to form a Big O Bocce Team and help spread the word about the league. (Little did they know this was going to be their biggest registration year ever and they needed no help with word spreading at all!) Right away I knew I wanted to be on the team because I had two screaming toddlers demanding who knows what at that very moment and an hour in a grassy field with a bunch of ladies, playing with balls, sounded awesome. 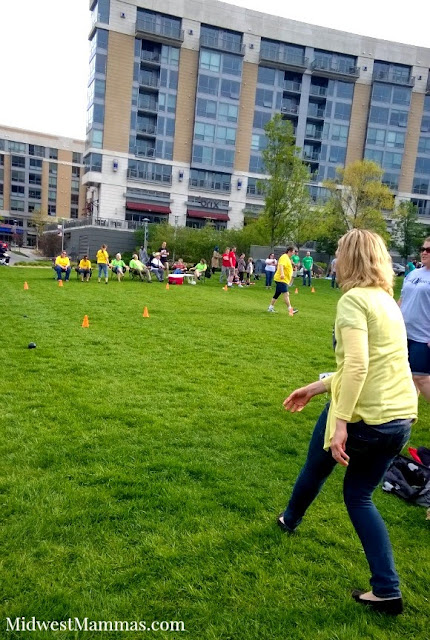 Myself, Oh My Omaha, and her sister have sported our Big O Bocce Tees and proudly introduced ourselves as Joanie Loves Bocce to the fist, second, third, and now fourth team that has beaten us. But ya know what? We are getting our butt kicked and having an awesome time! 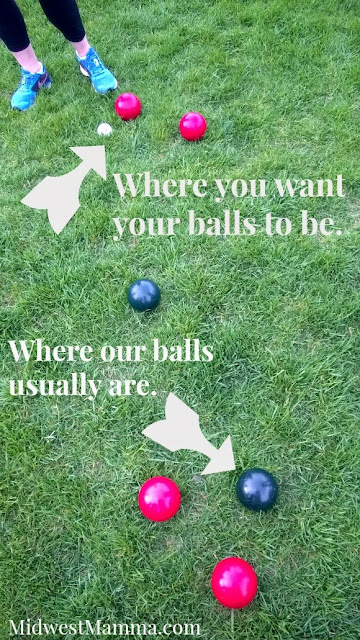 Why You Need Big O Bocce In Your Life

1) Bocce is a super easy and fun game to catch onto, yet challenging enough to hold your interest.

2) The scenery around Turner Park at Midtown Crossing creates the perfect setting.

3) The awesome drink and food specials that the Big O Bocce League Sponsors offer! That’s right, us super special Big O Bocce Players get to enjoy $2 Tacos and Tecatas at Cantina Laredo, $5 Chili Dogs and Fries at Chicago Dawg House, and Free Spinach Dip and Drink Discounts at Black Oak Grill. Be jealous…but next year…..register for Big O Bocce League and enjoy it all for yourself!

BigOBocce.com
Big O Bocce Facebook Page
PS: Joanie Loves Bocce finds that Bocce is better played when wheat beer aka Bocce Booze is involved, but you must always drink responsibly and clean up after yourself.